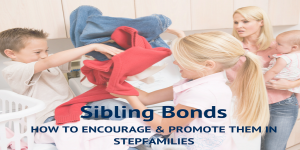 Rising divorce rates combined with advances in fertility treatment mean that families, made up of a jumble of ‘full’, ‘half’ and ‘step’ siblings are becoming more the norm than the exception. This creates conflicts and challenges unique to stepfamilies. When two families become one, children who barely know each other, who have no biological connection, no shared family history, who could have different temperaments (and support opposing footie teams) and possibly no similar interests, may all of a sudden have to share bedrooms and bathrooms (in addition to sharing their mother or father). This can cause fights over toys, space, the Playstation and iPad and even what to watch on television.

Conflicts and rivalries can arise because there are jealousies or feelings of not being treated fairly or because one person in the family feels left out. It is not always an easy adjustment. It also inevitably takes time to make those adjustments. Those parents and stepparents, with children, who repartner and have dreams of their children forming instant bonds and giggling and whispering back and forth in their bunk beds, just like the kids on the Brady Bunch used to do, are probably not only setting their stepfamily up to fail, but also entering a world of disappointment, frustration and stepfamily disharmony.

The task of maintaining or building supportive, or at least civil, sibling relationships is one of the significant challenges facing stepfamilies. It is a challenge made even more taxing by the general societal expectation of a level of fondness and affection existing between family members. Despite the psychological and emotional hurdles that children have to overcome in relation to their parents’ divorce and changed family circumstances, positive sibling bonds between children in stepfamilies can and do develop.

As the parent/stepparent and a grown up in the family (and probably only one of two people in the stepfamily who actually chose to be there), the first step is to take the time to stop and actually think about what is going on emotionally with the kids and to be mindful of potential conflicts. 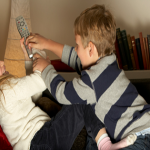 Beyond mindfulness – next steps.

There are a number of things you, as a parent/stepparent, can do to best encourage and promote healthy sibling relationships in a stepfamily. Here are our top 10 suggestions and tips: 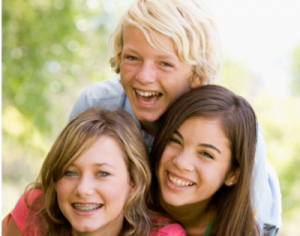 Healthy sibling relationships can significantly benefit us later in life. People who experience positive sibling relationships report higher life satisfaction and lower rates of depression as adults. Also, in times of illness and traumatic events, siblings can provide emotional, social, and psychological support to each other, something that I know from personal experience to be absolutely correct. I mean with those types of benefits, who wouldn’t want as many siblings as possible?

1 thought on “Sibling Bonds: 10 Ways To Encourage & Promote Them in Stepfamilies”