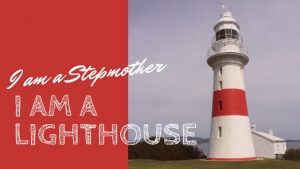 There is no guide on how to stepparent. No ‘What to Expect When You’re Expecting’ stepparent-style best seller. There’s no wise proverbs, ‘old wives tales’ or oral stories passed down from generation to generation to provide guidance and support to new stepparents about to embark on their stepparenting journey. Soon-to-be stepparents do not get baby showers. Nor do they get stopped on the streets by friends and by strangers to be given a bit of friendly wanted or unwanted parenting advice as moms-to-be typically receive. (Although to be fair, soon-to-be stepparents are also a lot harder to spot that is a heavily pregnant woman!). For stepparents, cultural, societal and generational support just doesn’t (yet) exist at the same level it does for new parents, new grandparents or even adoptive or foster parents.

Western societies have traditionally responded to stepparenting with, at best, a grudging acceptance, and at worst with negativity and suspicion (i.e. the wicked stepmother myth or the abusive stepfather) or with just plain indifference, by pretending it doesn’t exist. Sadly, stepparenting has been stigmatised into something that can feel almost taboo to admit to or to speak openly about in social settings. If, as a stepparent, you vent at a BBQ about how hard you are finding things, you may find that people either change the subject, nod politely or even make comments like – “well you knew his children were a part of the package when you married him”, “you knew what you were getting yourself into”, “you made your bed…..”, “what did you expect?” or even “you’re just a stepparent, wait until you’re a real parent” (chortling as they say it to soften the blow). These type of reactions and responses can leave those of us doing the job feeling like we have little support as well as questioning our step-parent identity.

Funnily enough, stepparenting is not a new or modern phenomenon. It has existed throughout the history of civilisation. The prefix ‘step-’ first appeared in literature in the 8th century in the form ‘steop’, a Latin-Old English word meaning orphan. It was used to denote a connection resulting from the remarriage of a widowed parent typically a male, following the death of the female/mother during child birth. In colonial America, war and disease took a heavy toll and remarriage was a necessity for many widows (male and female) in order to minimise domestic stress.  Stepparents also pop up in some shape or form (albeit often wicked or evil) in many of our cherished literary fables and fairy-tales – Cinderella, Snow White and Hansel & Gretel are some of the most famous examples. There are also many shared icons and celebrities who are stepparents. For example, Stephen Spielberg, Harrison Ford, Jada Pinkett-Smith, Brad Pitt, Matt Damon and Betty White are all stepparents.  Eight American presidents have been stepparents (or were a part of a stepfamily), including George Washington and Ronald Reagan. Don’t even get us started on the famous people who were raised by stepparents –  Queen Elizabeth I, John Lennon, Dr Seuss (real name Theodor Seuss Geisel), C.S Lewis, Presidents Barak Obama, Bill Clinton and Abraham Lincoln and the great explore Meriwether Lewis – even Jesus was a stepchild. 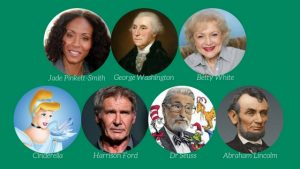 The reality is that stepfamilies and stepparents have been around – always. They are intertwined in our history, our politics and in our religions, but more often than not have been excluded in a positive way from parental dialogue.  The cultural stereotypes and myths of old, can still (negatively) affect stepfamilies today. And, that makes the role of a stepparent so much harder to figure out and the actual task of being a stepparent more challenging than it already is.

The lack of readily available well-meaning support for stepparents in a day and age where there is literally more parenting advice for biological parents than they know what to do with, feels fundamentally unfair. Especially when it is universally accepted that being a stepparent is a hard gig. But worse than that sense of unfairness to the stepparent, it actually is unfair to our children – those current and future stepkids, who deserve the stepparents in their lives to have just as much society and community parental type support, as do parents. The lack of evidence based support has made a role that comes with such immense responsibility – hello, caring for another person’s child – one that can only be learned and undertaken by trial and error (and of course lots of support from SteppingThrough!). Now we know that parenting too, is learnt through trial and error. But for stepparents, more so than parents (because there is less shared history), the error part of trial and error can reverberate through relationships and do damage to the burgeoning stepparent-stepchild relationship and maybe even between the stepparent and the stepchild’s other parent – damage that can be hard to repair/reverse or forgive.

Thankfully given how prevalent stepparents are becoming in society, stepfamilies are beginning to get first class attention from social scientists and more and more research is being undertaken and published about stepfamilies, stepfamily relationships and stepparents. (Take the new study at Australia’s Charles Sturt University for instance, which is looking at the role of stepmothers and self-identity). But a lot of that research is unavailable to the average stepparent, especially in that moment, when everything feels unclear and unstable, and as a stepparent you’re doubting yourself. So in that moment, when you are having one of those days, weeks or months – we here at SteppingThrough say “be a lighthouse”.

Be a Lighthouse – be the calm in times of troubles seas

Why be a lighthouse?

Well, lighthouses function as beacons of safety. They provide guidance. They are available at the times and places when they are needed the most. They don’t discriminate in providing assistance. They shine on and on no matter what the conditions. They stand strong and tall in the face of adversity and challenging conditions. They are considered a special structure that comes in all shapes and sizes. They have a clear purpose and a role. They do not seek to take over from a sailor, his captain or the crew, but to provide aid in navigation. They also serve as symbols of hope.

When you think about it, lighthouses are the epitome of stepparenting wisdom.

Imagining yourself as a lighthouse, gives you a clear role, a purpose and a special identity that does not seek to compete with, or replace parents, but to aid them. Being a lighthouse, gives you a unique stepparent identity, a positive way to see yourself – which, let’s face it, is important because our sense of identity affects the way we feel about ourselves and how we behave in challenging situations.

Identifying as a lighthouse can sit along your personal identity, whatever your age, race, culture or religious affiliation. It gives you, the stepparent, recognition and reward for what you do, often under difficult conditions. Rest assured that you can continue to be the friend, the teacher, an additional parent or a kindly aunt/uncle-like figure to your stepkids. Being a lighthouse doesn’t in any way detract from those functions or roles. It is more of a concept that is internal to your inner self (the psychological term for this is internal self-schema) – think your values, goals, views and preferences. All of our various self-schemas combine and interact to form our self-concept (the image we have of ourselves), and our self-esteem, (confidence in one’s own worth or abilities). And trust us, as a stepparent you are definitely worth something. You are valuable!

So on those occasions when, as a stepparent, I am feeling overwhelmed or uncertain about what to do next, I try to think of myself as being a lighthouse. When in “lighthouse mode” I begin to feel a little bit more useful, I feel special and I feel unique. I also begin to feel less confused about what I am meant to do (or what I can do). I have confidence that as long as I can stay calm and consistent in my reactions, I can be that blinking light and a beacon of hope for my stepkids, my partner and my family. 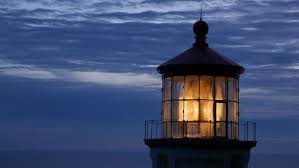 What role do you aim to fill full as a stepparent?

Research Resources to check out:
Stepfamilies Australia has some research and various links to browse here: http://www.stepfamily.org.au/research/

The Australian Institute of Family Studies has some great articles to browse: https://aifs.gov.au/cfca/bibliography/stepfamilies

1 thought on “I am a Stepmother. I am a Lighthouse.”