Here in Australia and New Zealand the first Sunday in September is Father’s Day and a time to celebrate father’s in all shapes and sizes. So we thought it a good opportunity to focus on stepdads – on those men who through the simple act of falling in love with a single mum,  become a member of a “family” already in progress – whether they want to be or not.

Like stepmothering, stepfathering too can be challenging. Studies show that some of the more notable challenges arise if a stepdad waltzes in and assumes too much parental authority too soon and/or if (from the children’s perspective) he disrupts the family’s already established “normal” way of doing things. And whilst the wicked or evil stepmother myth maligns stepmother’s far and wide,  stepdad’s have the “child abuser” stereotype generalisation to contend with.

Additional tribulations for stepdad’s can appear if a mum and stepdad try to act as though nothing major has changed (upon them moving to live together and or getting engage/married) and if one or both adults act like the stepfather is a replacement (father or male role model) as opposed to an addition. Much like for stepmothers, other stepfather frustrations relate to having to deal with their partner’s ex-spouse, bonding with children who may not be happy with their mother’s choice to re-marry and lack of legal standing with regards to the children. These (and other) factors lead to a divorce rate 20-26% higher than first marriages where no children are present (in Canada, the US, the UK and Australia).

I mean regardless of whether you are a stepmum or a stepdad it is difficult trying to decipher what should and should not be your responsibility and how to navigate the often choppy waters of stepfamily life. So in an attempt to help make the job a tad easier, here are our top tips for those brave men tackling, (or about to tackle), the role of stepdad. 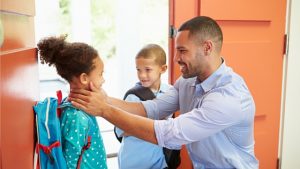 It pays to remain mindful that your stepkids didn’t have a choice in who their mother chooses for her life partner. In this context it is perfectly normal for a stepfather to perhaps struggle to love and nurture children with whom (in the beginning at least) they share no history and whose needs at times considerably differ from their own.

Let’s face it, although you love your partner dearly, your relationship with your stepkids is not formed or based on the love you have for her or on you and her kids loving each other instantly. There is also absolutely no guarantee that you will develop a loving relationship with your stepkids. And, that’s okay. Really it is. Stepparents and stepchildren do not have to love each other for stepfamilies to be and feel successful. In fact, they don’t even have to like each other. They just need to be civil and respectful.

Remember: Love is a bonus if it happens over time, but can’t be demanded.

The most important thing a stepdad can do is to be patient, especially when developing a relationship with their stepchild. Like any relationship, this can’t be forced.  Forming an emotional connection with stepkids will take time. The amount of time will vary based on factors like; the age of the child, the child’s previous experiences with men in their lives, any psychological issues and how safe they feel with you, whether their dad and other important adult figures given them permission to like you, the manner in which you were introduced to them and the child’s experiences of their parent’s separation. Some of these things you have control of. Other things you do not. Focus on your energies on the things that are within your circle of influence.

Remember: It’s a marathon not a sprint. Relationships take time to develop.

Turbulence between a stepfather and stepkids can come in many forms e.g. acting out, defiance, talking back, ignoring and not adhering to rules. It is human nature to become defensive and feel hurt if you perceive your stepkids are rallying against you or worse still, rejecting you. However, it is important to try and reign in your feelings of hurt and do your best to remain approachable and accessible to stepchildren. Don’t withdraw or counter reject. Rarely is a child evolved or mature enough to handle the complex feelings that come from being in a stepfamily. Keep reminding yourself that not everything is about you and do your best not to take it all too personally. In fact, most kid’s negative reactions to stepparents are really about the child’s losses – stepfathers (like stepmothers) just happen to be the easy target for child’s grief and heartache.

Until you have worked through the struggles of building a relationship with your stepchild, most of what your step kids throw at you is a test of your character. Show yourself not easily offended and able to deal with their emotional ups and downs. Be the mature adult and role model. This will make it more likely that they see you as someone they can trust.

Remember: Not everything is about you. You do not need to put up with rude or obnoxious behavior but try not to take it personally. 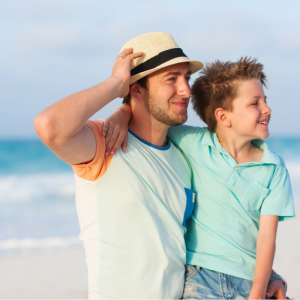 Being a father and a stepfather are not the same for many different reasons. As discussed in an earlier post,The Relationship Difference these differences come about as a result of some unavoidable reasons.

Even if you really want to be a father, a stepfather can’t and shouldn’t, force a child to call them Dad – especially if they have father already in the picture. The expectation that your stepkids call you “Dad” can often make a stepchild feel disloyal to their father. It can also be confusing and uncomfortable for kids, especially if they perceive their father to be unhappy/angry/sadden by your insertion into his child’s day-to-day life. If your stepkid doesn’t want to (for whatever reason) call you Dad, try not to take it as an insult. Children often choose labels based on their changing emotional attachments and loyalties. What they call you might (and probably) will change as they get older and as the nature of your relationship with them changes.

Thankfully there is research out there that suggests that closeness with a stepfather is not associated with how stepkids label him. So instead of worrying too much about what they call you, focus on what you do with them.

Remember: Ultimately it is the quality of the relationship not being called “dad” that matters.

The experts all seem to agree that a stepfather should not act as the chief disciplinarian, especially in the early stages, before a genuine emotional connection has been established (if at all). Becoming a stepfather doesn’t give you the natural leadership authority that a parent has, that enables them to be directive with their children. And despite what you might think about what your stepkids need or what your natural approach to parenting might be, assuming a disciplinarian role to soon is sure to backfire and will more than likely stall your relationship building and/or set you up for having an adversarial relationship with the kids.

Having no say or role in the discipline of your stepchildren however, just isn’t realistic when you are living together in the same home. There are going to be times from the beginning that you are alone with your stepchildren and will need to be ‘in charge’ for everyone’s safety. In this context it can be helpful for the mother to delegate authority to you much as she would with a baby-sitter. Her telling the children that when she is not around you’ll be enforcing her rules is important. The important thing is that the children see the person they have the strongest connection with (i.e. their mother) explaining and providing clear expectations around house rules.

For additional information in discipline You may want to check out our post on 5 Tips for Discipline in Stepfamilies to learn more.

Remember: In the early stages of your stepfamily your energy is best spent on developing, wherever possible, a warm and friendly relationship with your stepchildren. Focusing too much on rules and discipline can and will stall your relationship building.

6. Try to be on the Same Page with Your Partner

Before you and your partner move in together and are trying to absorb the implications of the changes in your own daily life, talk together (and in private) about how you might parent and care for the children and what parenting changes might have to happen. Work out roles that complement one another and play to each other’s strengths. Clarify the stepfather’s role. Try to reach agreement with your girlfriend/fiancée about how you both intend to care for the children together and then, if possible, both try to make any necessary adjustments to parenting styles or even household rules before you set up house together. It’ll hopefully pave the way for a smoother transition as well as possibly temper any anger in the children towards you, the person who they will likely hold responsible for any unwanted changes to rules and routines.

If you are already married or living together and haven’t had this discussion, then it is never too late to sit down and start talking about the parenting issues that are important to you today.

Remember: team work and communicating with your partner about expectations is key

7. Keep your Chin Up

Positively for stepdad’s out there, there are many notable men who took on the role of stepfather. American president George Washington, was a stepfather to his wife, Martha’s, children. Theodor Seuss Geisel, more commonly known as Dr. Seuss, an American writer and illustrator was a stepfather, as was the famous baby doctor, Dr. Spock. Other famous stepfathers include authors C.S. Lewis and E.B. White, actors Ashton Kutcher and Brad Pitt, Senator John Kerry, and singer Johnny Cash. Former American Presidents Bill Clinton and Gerald Ford had stepfathers who went on to adopt them. Meriwether Lewis, the great explorer also had a stepfather, as did Booker T. Washington, Charlton Heston, jazz artist George Benson, country singer Shania Twain, authors Anne Perry and Truman Capote, and presidential candidate, Barack Obama. See, stepfathers are out there in numbers, financially and emotionally supporting their stepchildren and their families. They continue to be common as the diversity of families across the globe. Keep up the good work. Know that you are not alone.

Take home message: Try not to push, don’t assume a disciplinarian role to soon, try not to take things personally and remain realistic. Just enjoy your time with your stepchild and allow them time to learn to enjoy your company. 2 thoughts on “Welcome to Stepfatherhood”